Cooking at the CIA

Last year on Mother's Day, my kids presented me with something truly and utterly amazing: a gift certificate for a cooking class at the venerable Culinary Institute of America in Hyde Park, New York. I was dumbfounded, speechless, and absolutely overwhelmed to say the least. (Wouldn't you be?!) A dream come true. Truly. All I had left to do was sign up.

But with my cookbook coming out last fall and all the hoopla surrounding it, it took me a full year to finally register for my class. Of course, choosing just one class from their dizzyingly wide array of options for food enthusiasts was a whole lot harder than I thought it would be. (For their current list of classes, click here.)

Sidenote: You do NOT have to be a whiz in the kitchen to take these classes. They encourage people of ALL skill levels to attend...which put my mind at ease. Whew!

I finally settled on "CIA Favorites," which I was told is a popular choice and gets sold out quickly year-round.

So I circled June 1 on my calendar...and anxiously counted down the days.

I flew to New York and stayed with my oldest daughter and her husband. My son and his girlfriend, who both also live in New York, met up with us. We all drove together upstate. They dropped me off at the school (which is located on the Hudson River and used to be a Jesuit seminary). Between you and me, I felt like a little girl on her first day of kindergarten. 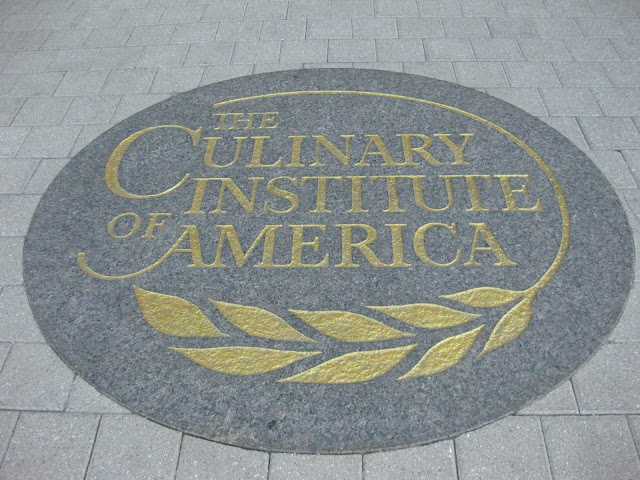 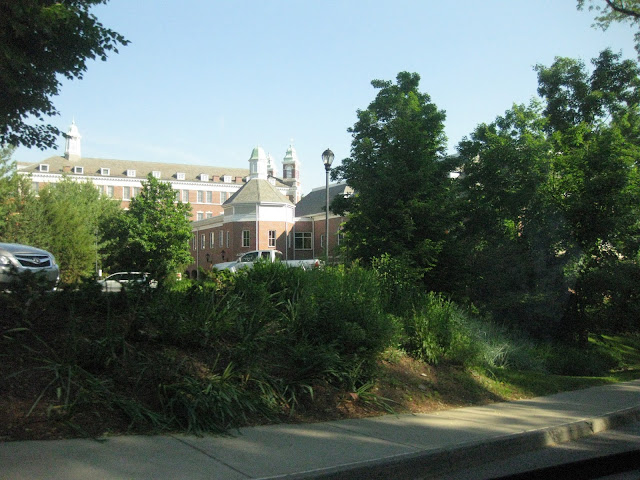 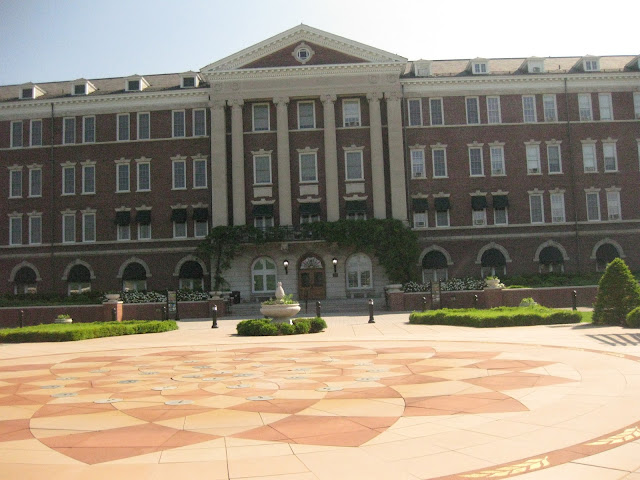 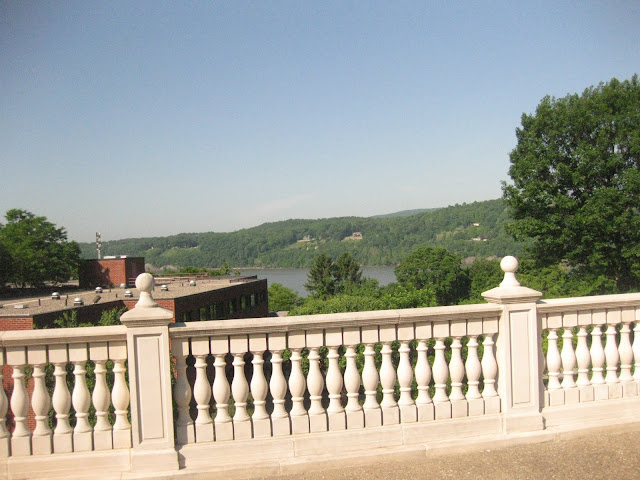 Everyone was led to the main meeting room (see below), which was once the seminary's chapel. Beautiful, right? We all waited patiently until our class was called...and then we filed into line (again, just like in kindergarten!). 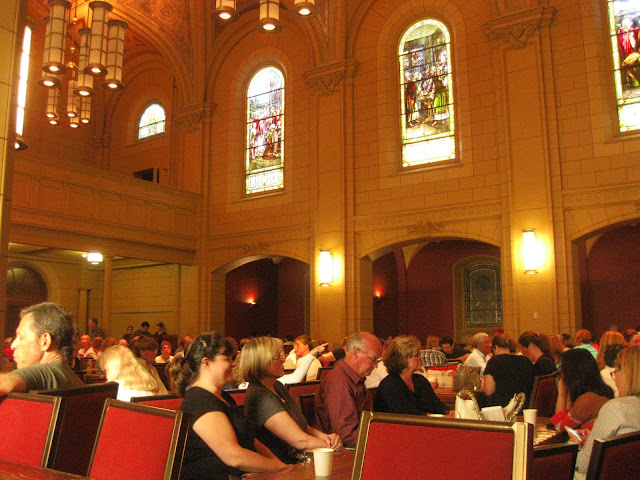 Below is my classroom kitchen. Everything you'd ever need for cooking is there, believe you me! 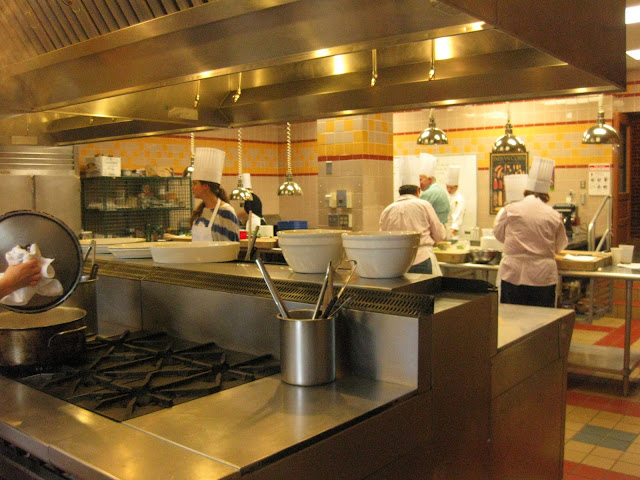 We were randomly divided into four teams. Below is my team. The husband-wife couple to the left, Todd and Roseanne, were two super nice folks from the Bronx. And my lovely partner, Joan (in pink shirt), was from Cazenovia, a small village in Central New York near Syracuse. I'm standing next to our instructor, Chef Sergio Remolina. 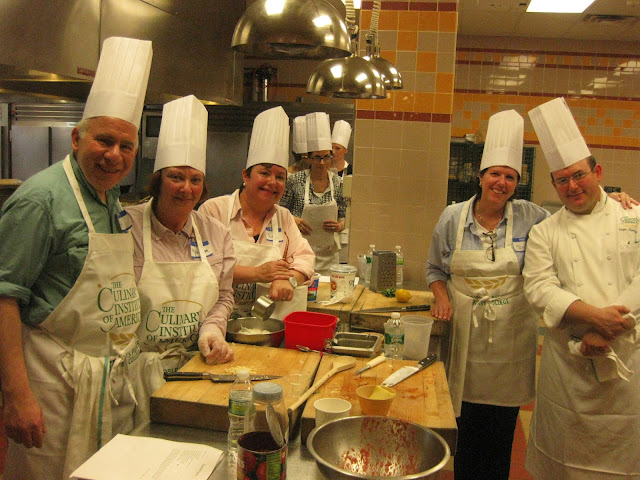 The menus for all the teams were as follows:

I was on team 3. Roseanne and Todd made the meatballs, and Joan and I made the zucchini pancakes and tzatziki sauce. Here I am below with our finished dish! 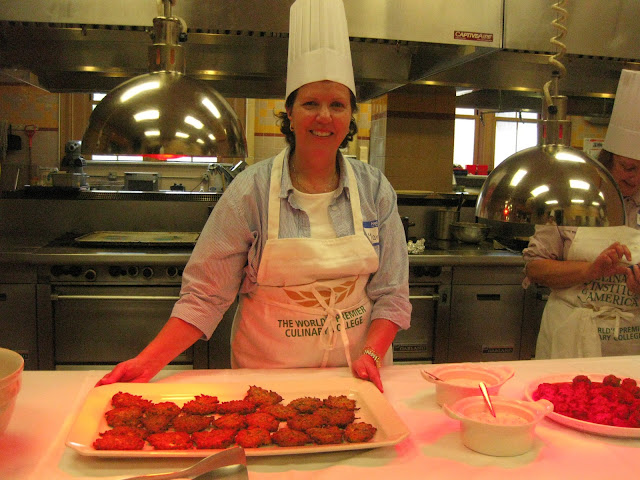 And let me tell you...THEY. WERE. DELICIOUS!

So, as a special treat to all my readers, I am sharing this recipe with you. Bon appetit, everyone!

P.S. If you ever get a chance to be in the New York area in the future, I highly recommend you take a class at the CIA. You'll simply love it!

Posted by Maria Isabella at 2:53 PM

Thanks for sharing this! How exciting to cook in a place where so many wonderful chefs began their careers. The main meeting room is gorgeous and the "classroom" looked better than any classroom I've ever been in. It sounds like it was well worth the wait.

I felt almost undeserving to be cooking where so many greats honed their skills...but it was also thrilling! Hope you get a chance to go there someday with the family. You can make reservations at any of their restaurants, which are run by the senior students. An absolute great experience!