Last week, I had the great pleasure and honor of baking for the bridal shower of my son's future wife--and my future daughter-in-law--Laura. 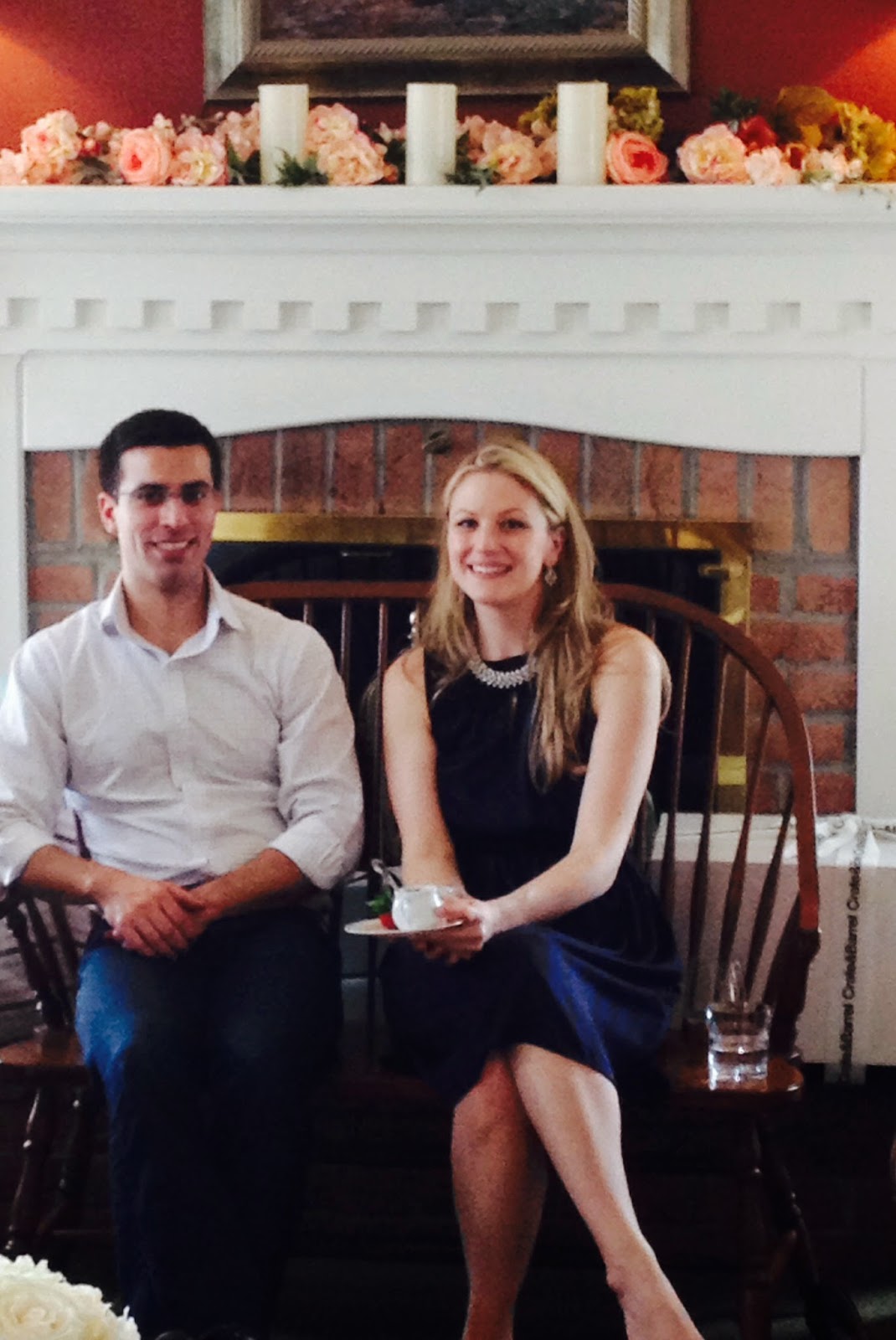 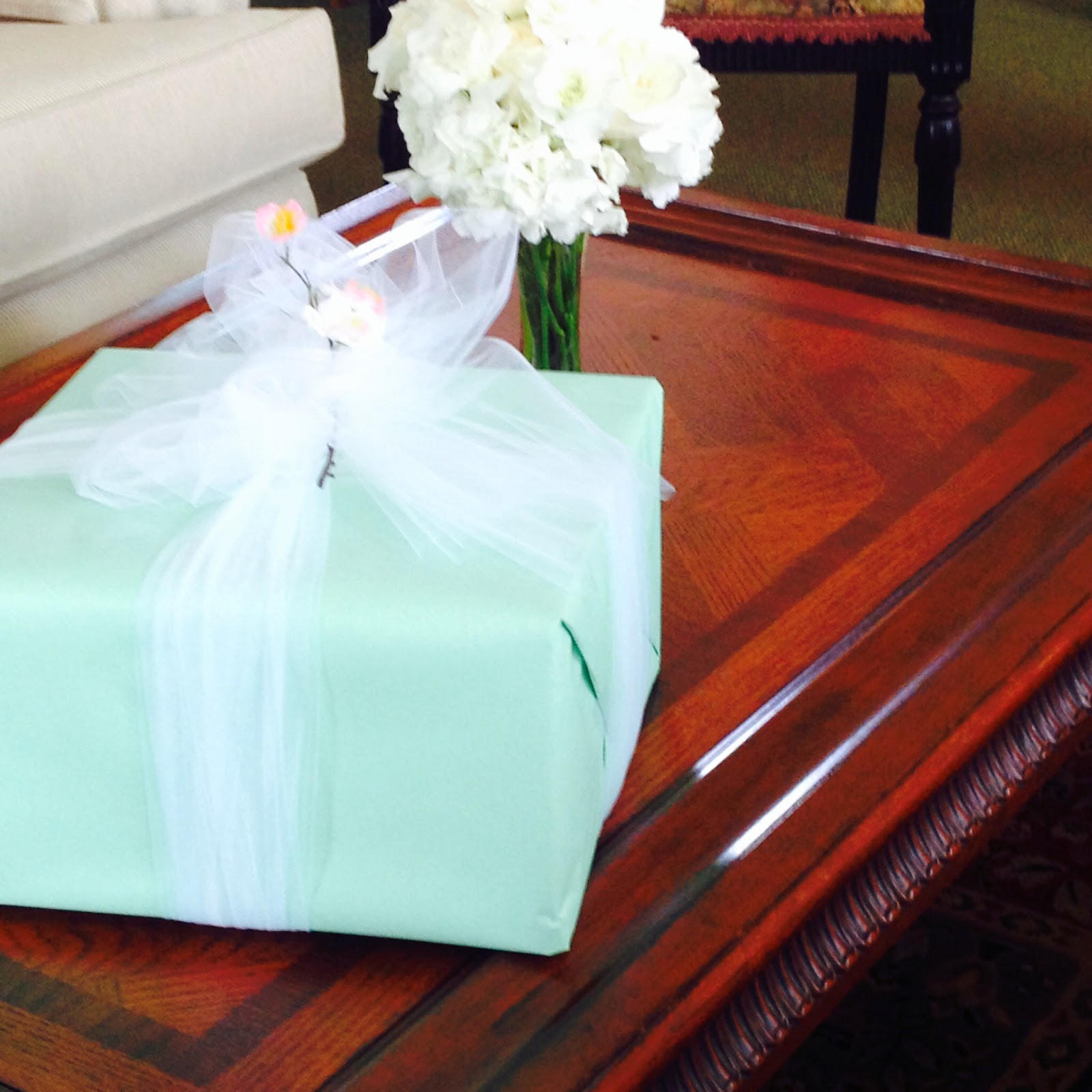 Laura's mom, Marcia (who also happens to own that wonderful cooking school I'm always bragging about: Laurel Run Cooking School), graciously hosted this lovely event at her home in the style of an elegant, Downton Abbey-themed luncheon. Thirty ladies. One bride-to-be. And lots and lots of fun! 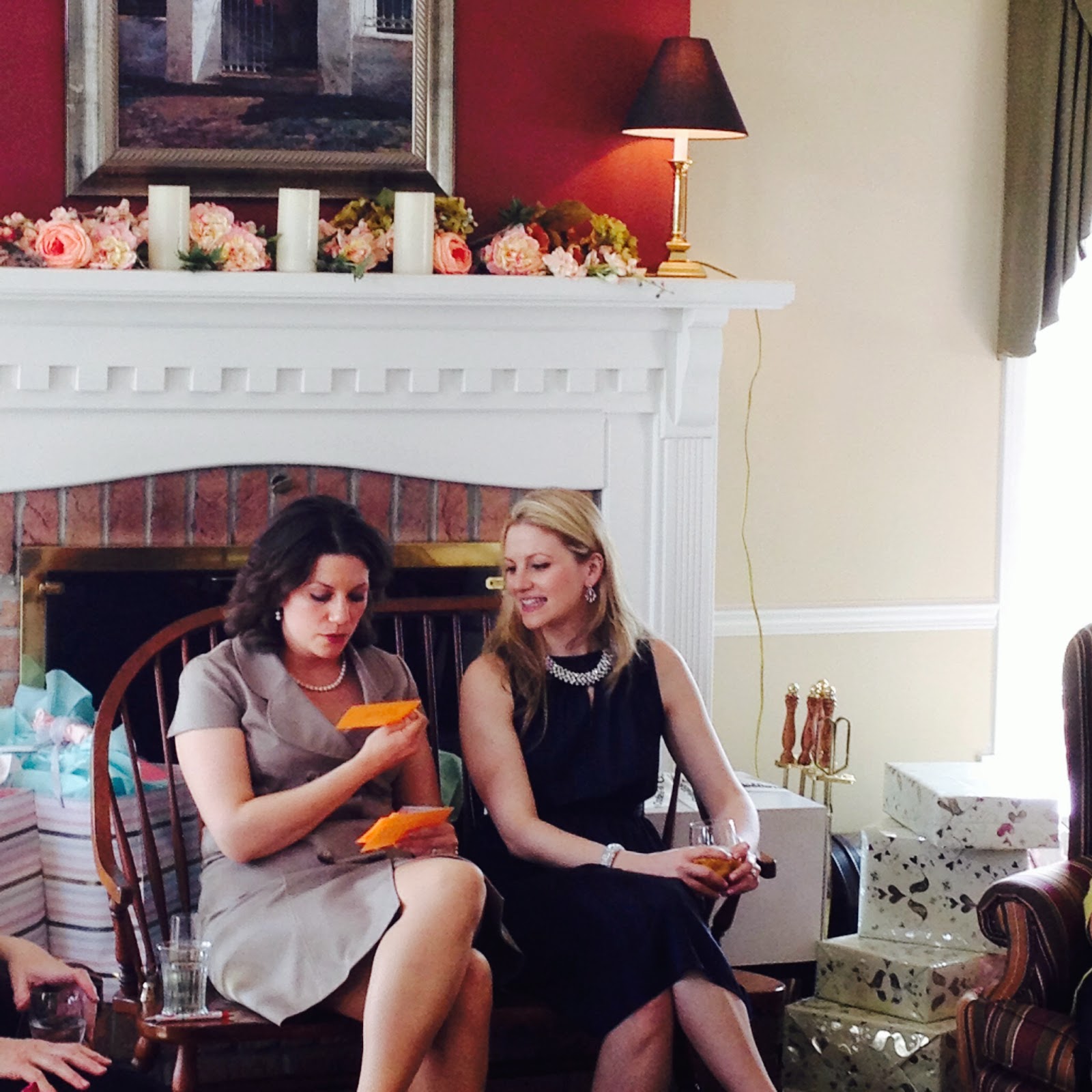 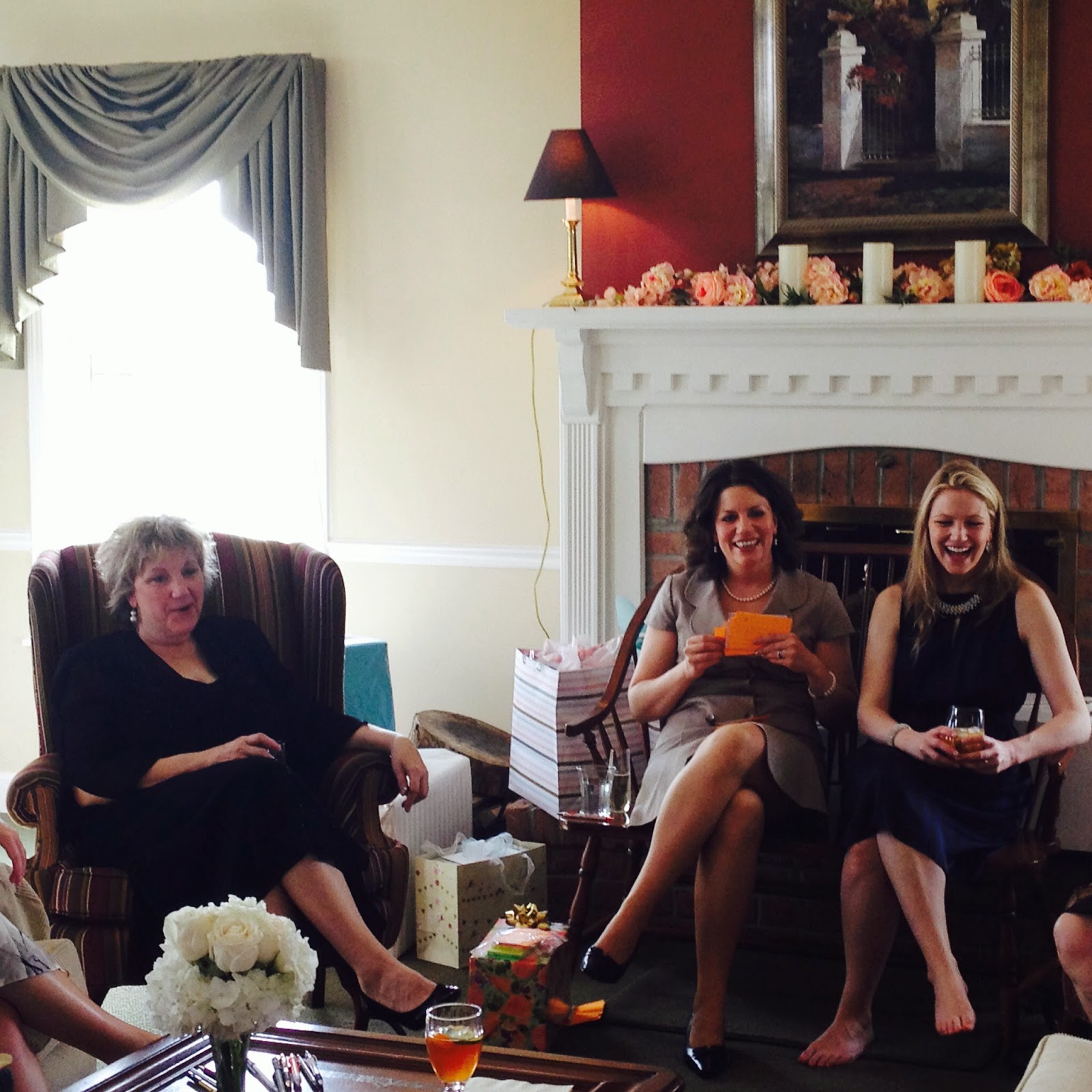 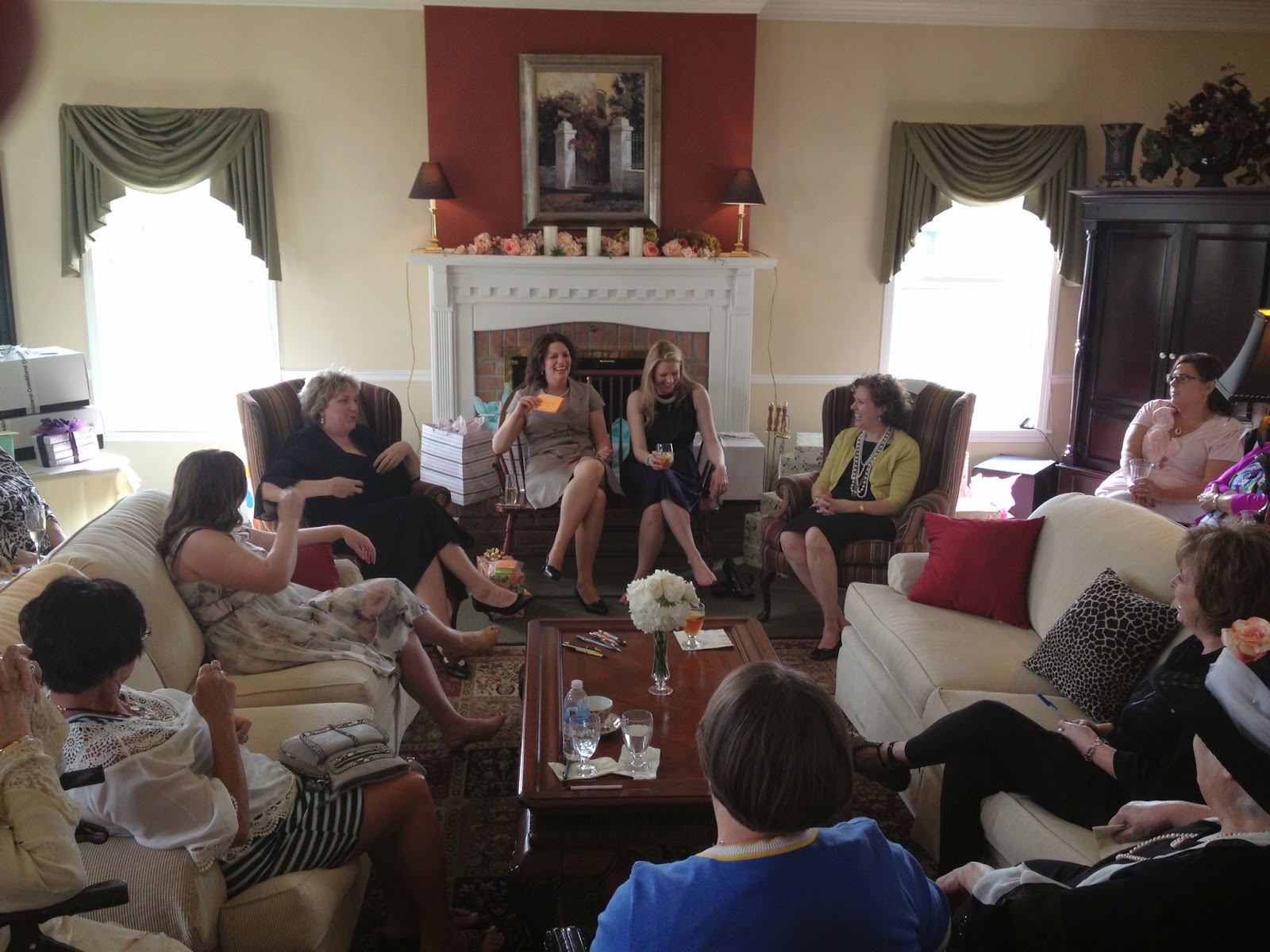 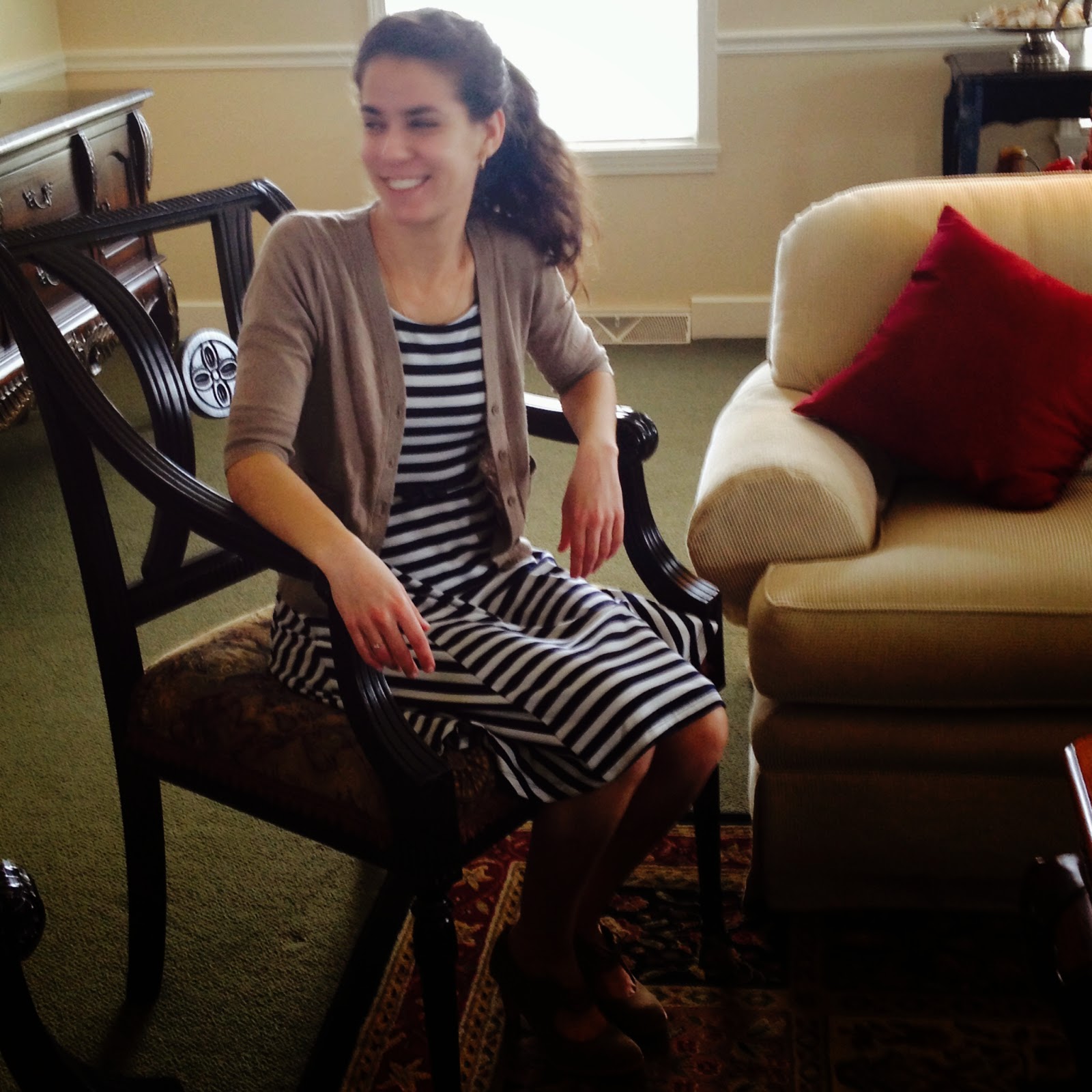 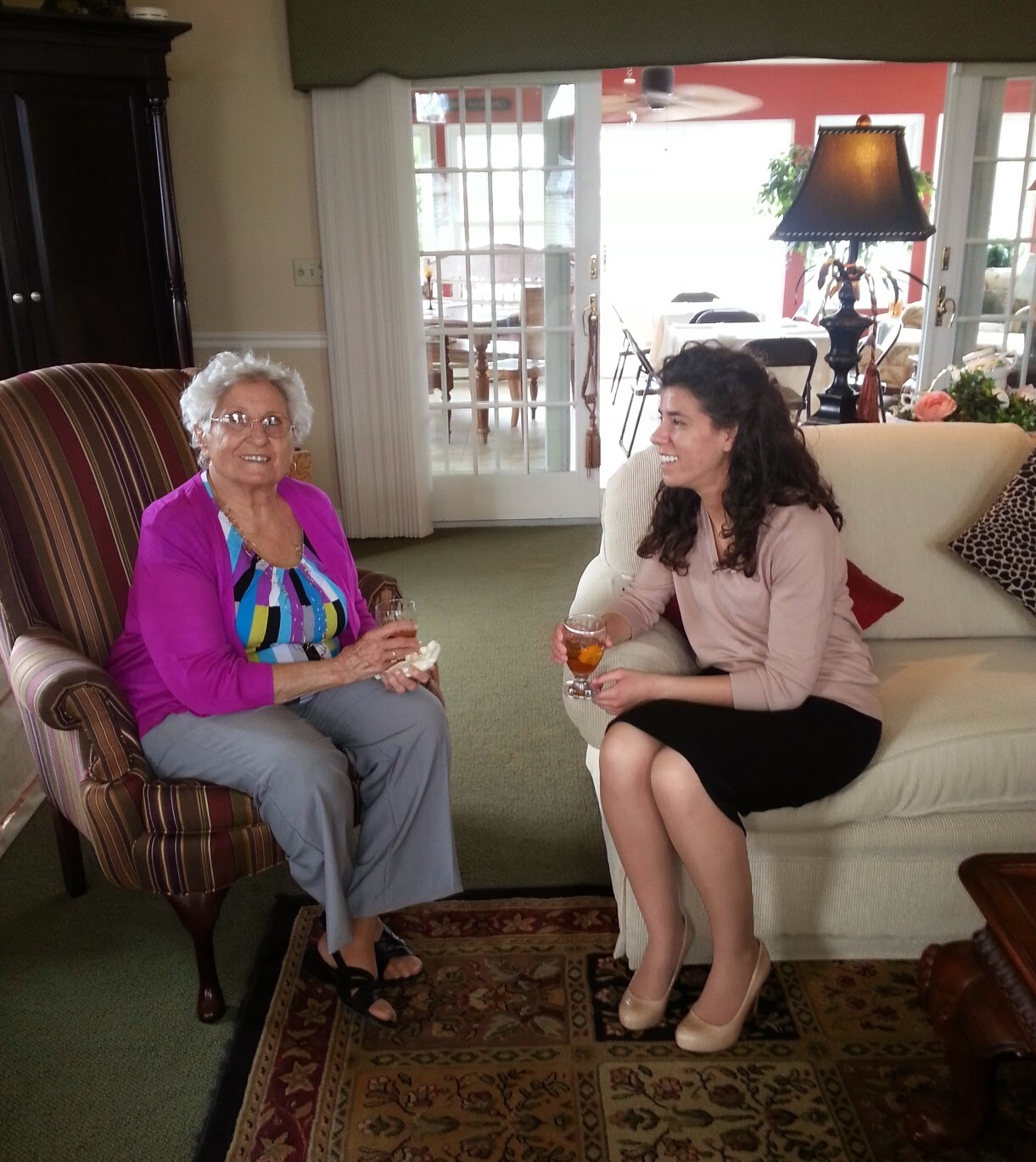 As a surprise for Laura, Marcia recruited a stately gentleman friend of hers to dress up in a period costume as the show's butler, Mr. Carson, to serve all the guests. He offered them lemon water, Champagne, and Pimm's (a traditional English summer drink). 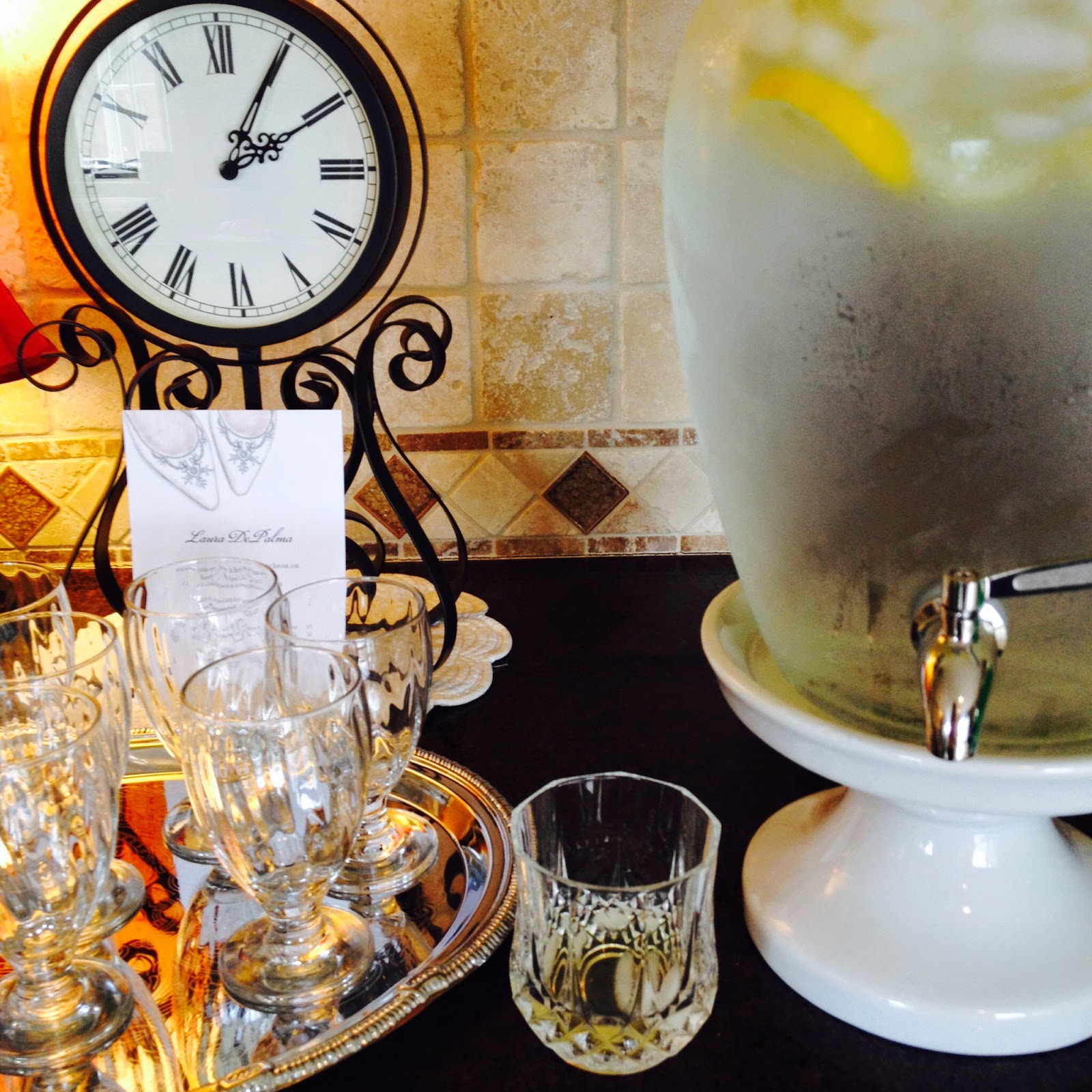 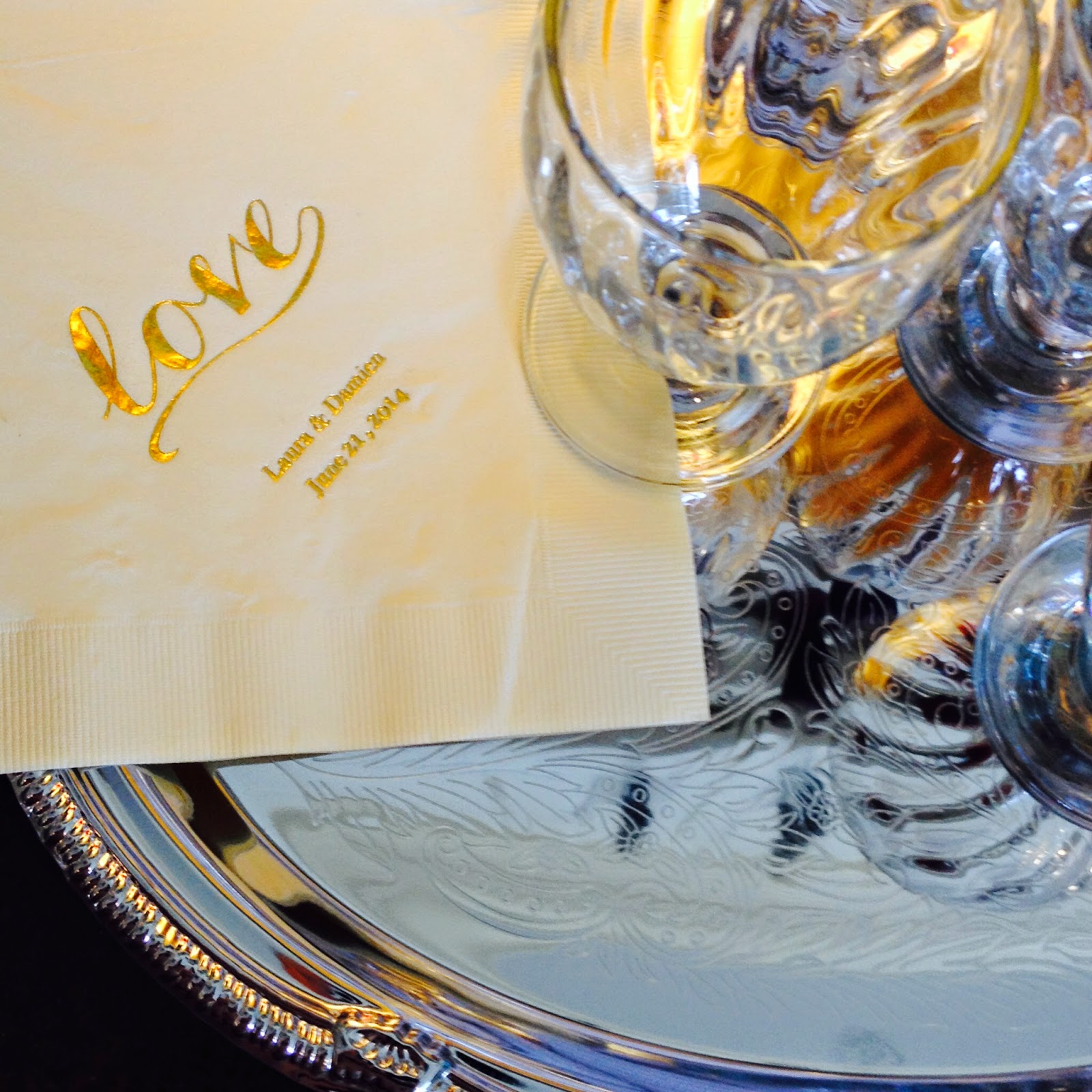 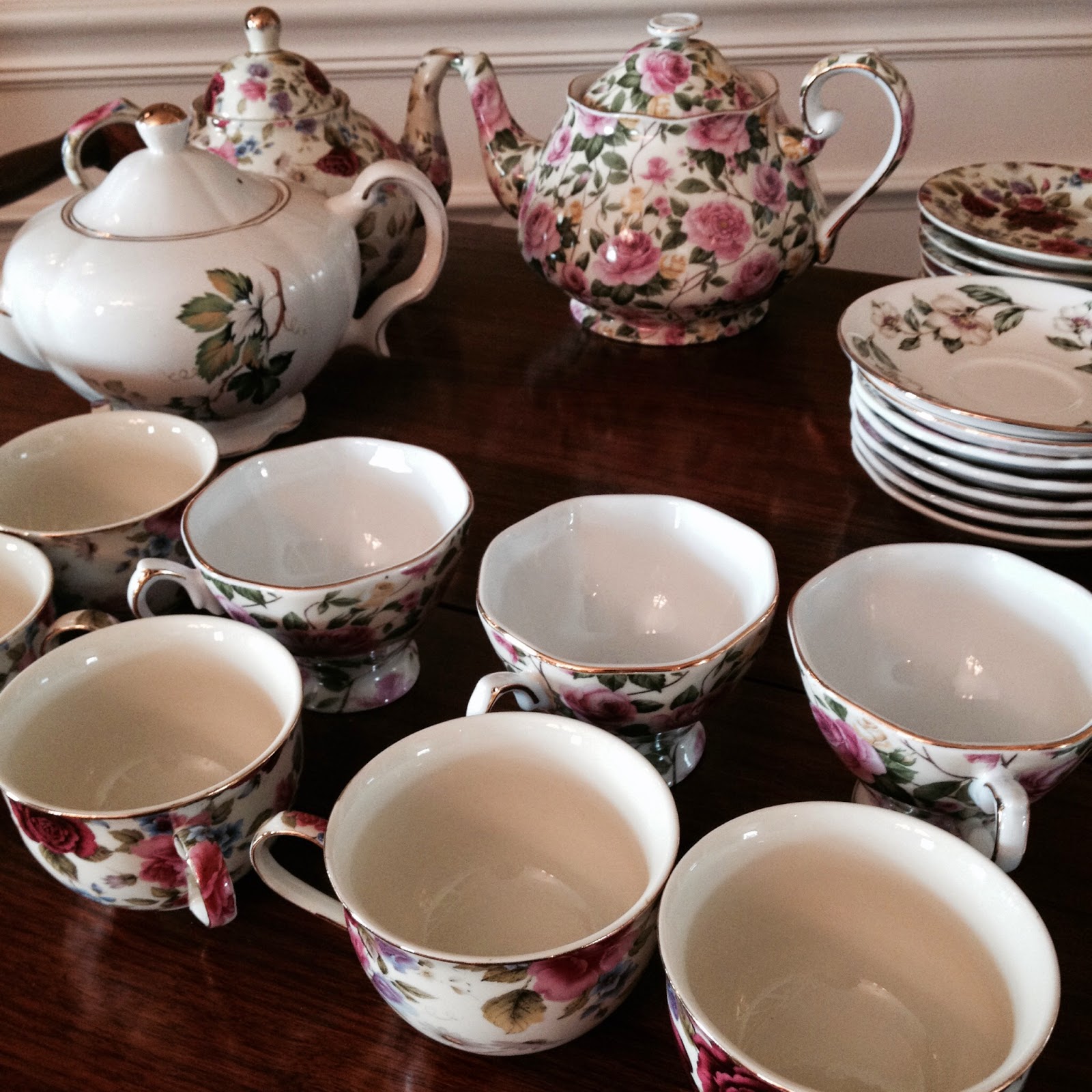 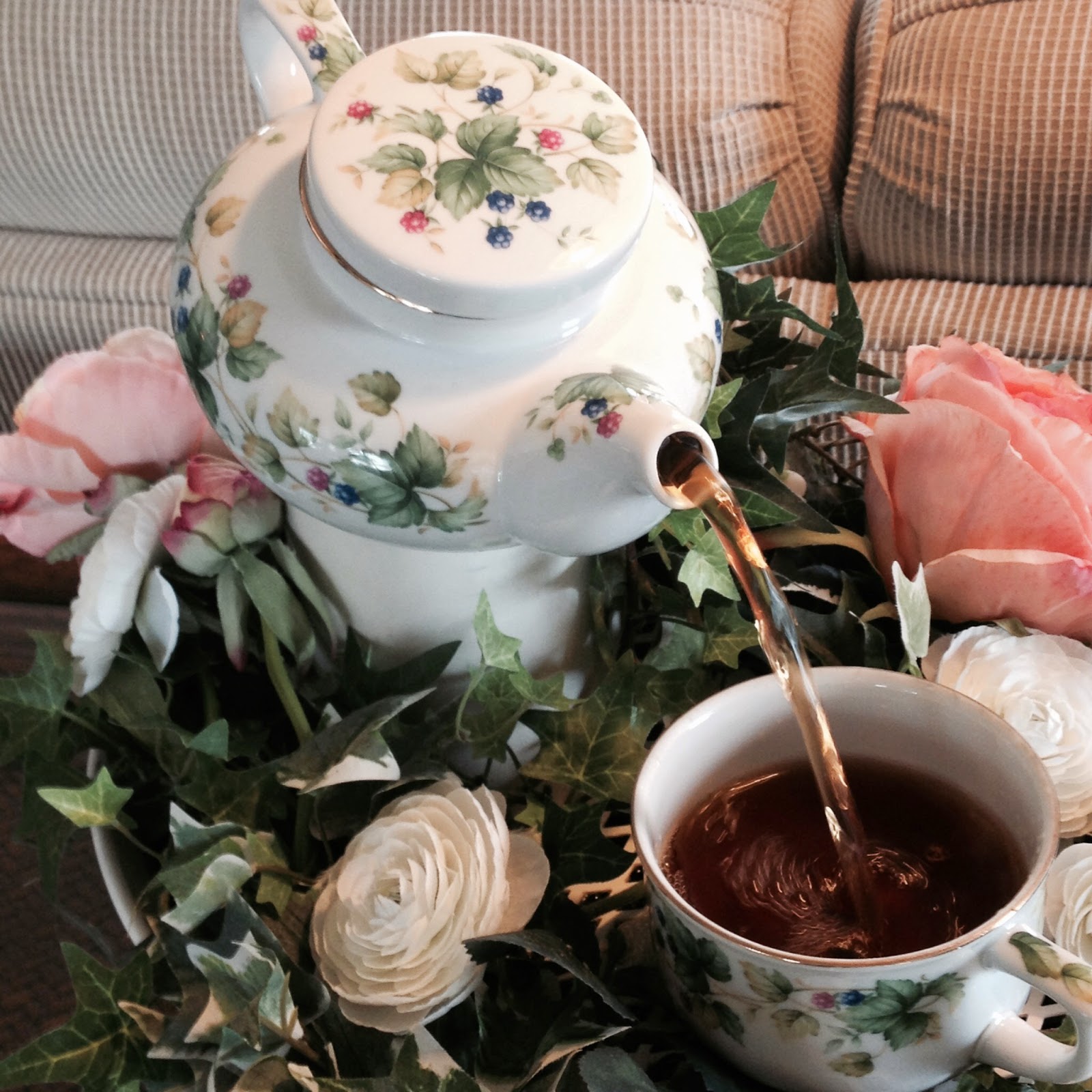 Marcia's menu consisted of a wonderful variety of delicious hors d'oeuvres, including two different crostini: with blue cheese and roasted grapes, and with brie and cherry sauce. The other two included smoked salmon and wrapped cocktail franks. She also served homemade quiche and green salad with strawberries and almonds.

As for my desserts, here's what I made: 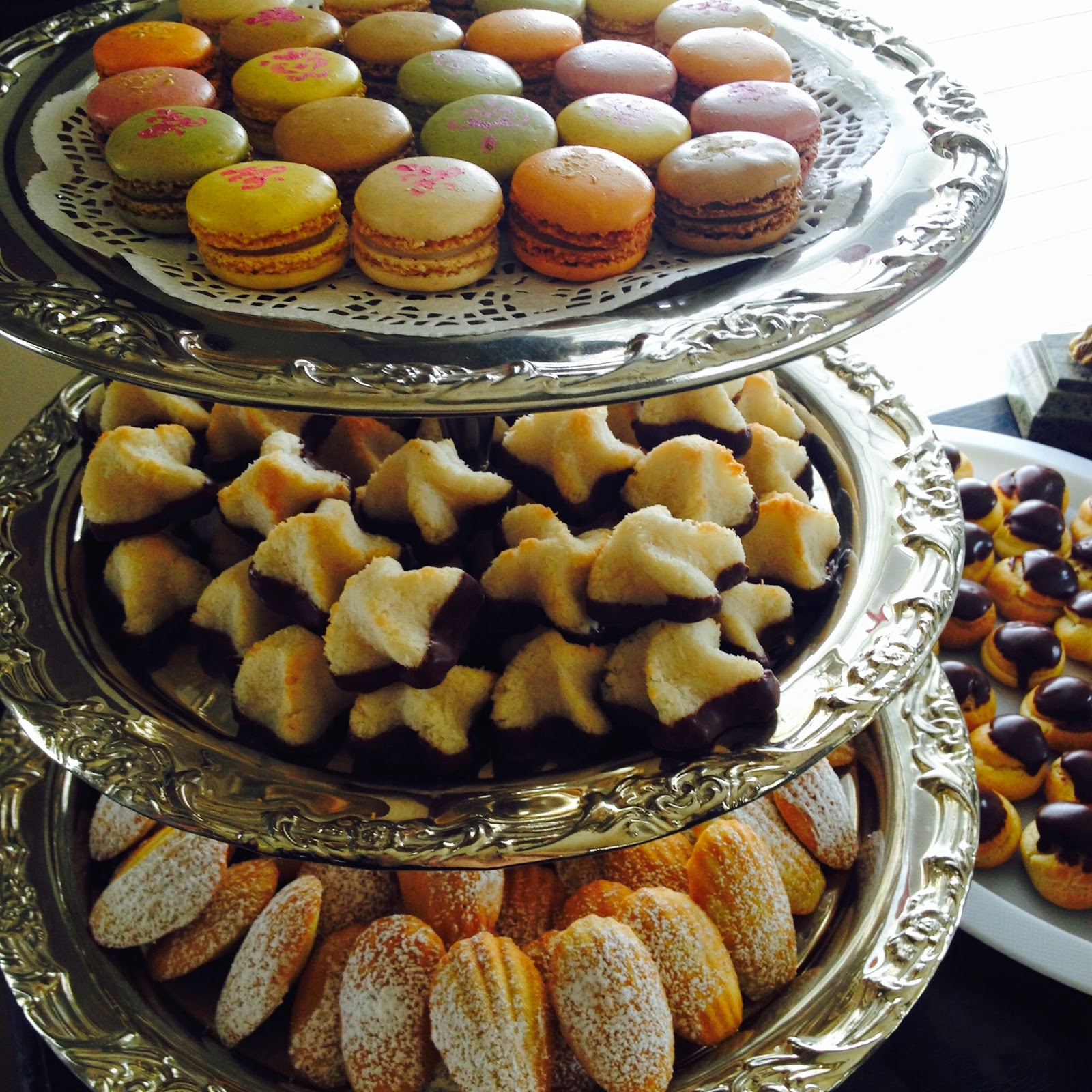 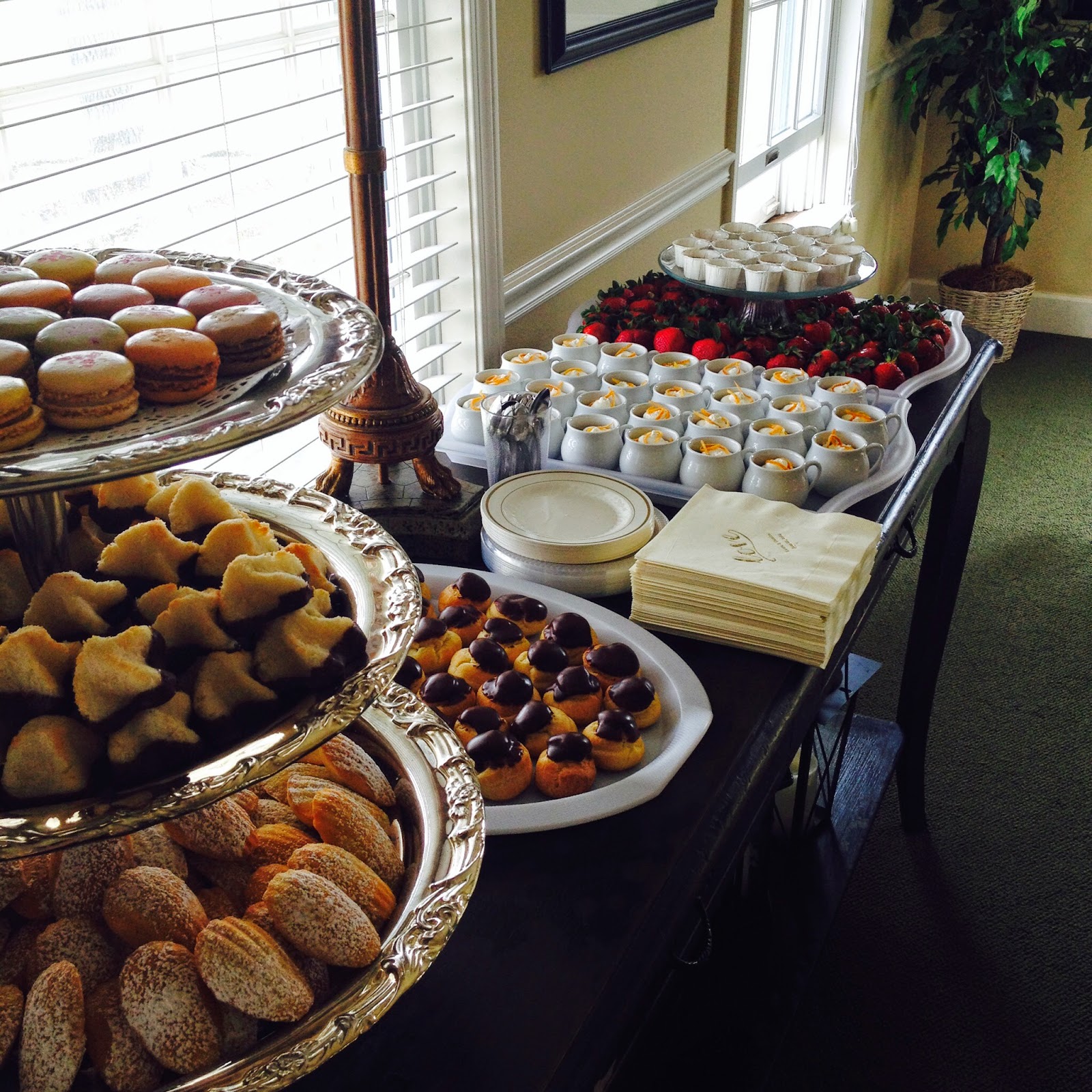 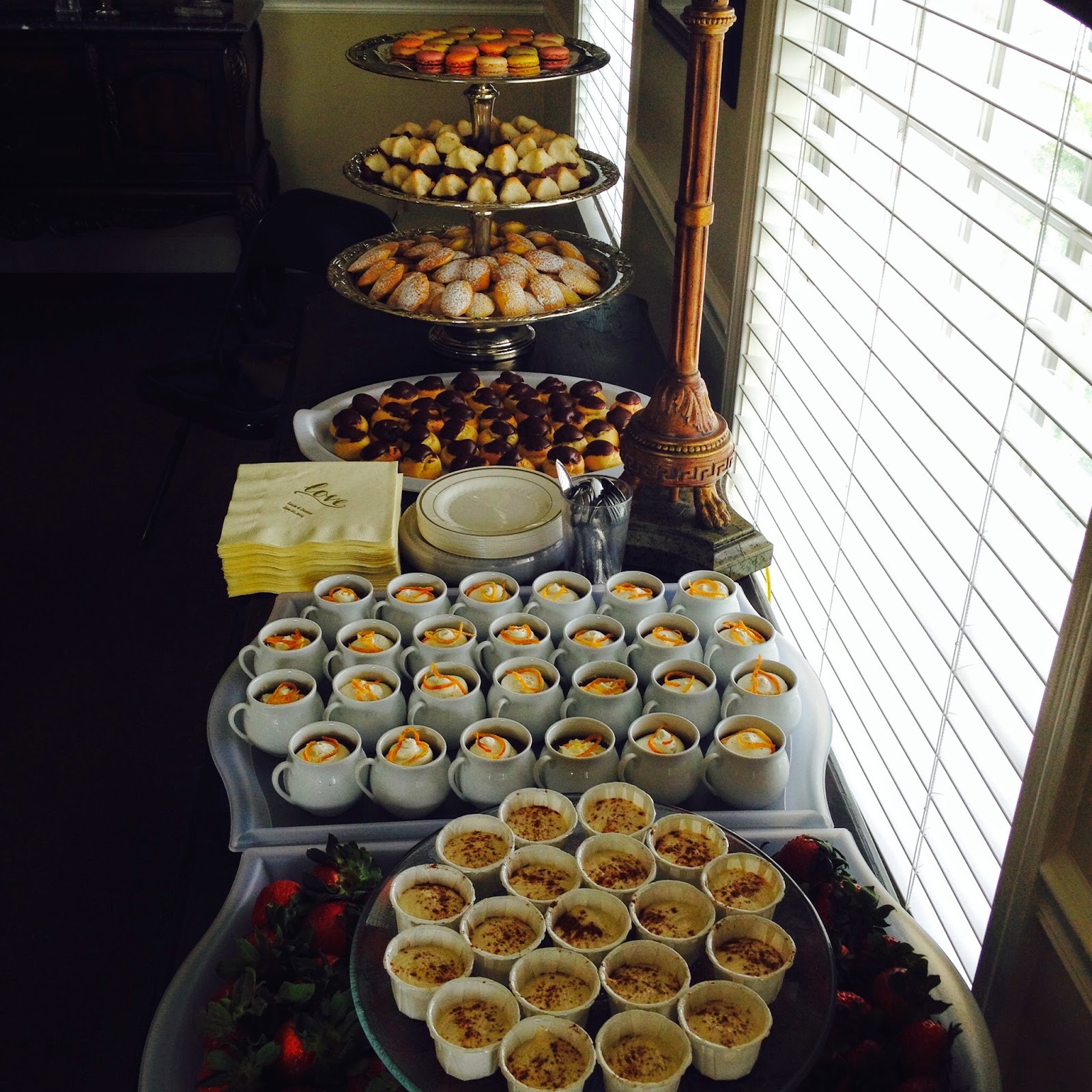 And for the favors...

The funny truth is, I initially wasn't going to make the coconut macaroons. I felt I had enough other desserts. But after making a quadruple recipe of the pots de creme, which called for a total of 16 egg yolks, I suddenly had 16 egg whites staring me in the face with nowhere to go. So I bit the bullet and decided to make the macaroons after all (along with the meringue hearts that also called for egg whites).

And wouldn't you know it? Those macaroons were the hit of the party!

So, dear reader, here is the recipe I'd love to share with you today. It's simple. It's unique. And it's simply, uniquely delicious. Enjoy, everyone!

Unsweetened shredded coconut can most easily be found in natural food stores. To make the fancy shapes shown, use a pastry bag with a large star tip to pipe shapes before baking.
Posted by Maria Isabella at 1:45 PM 2 comments:

I recently got a sneak peek of a brand new cookbook that, truth be told, isn't even out yet! But I was extra lucky to get an advance copy, and boy, let me tell ya, it's really, truly, unbelievably awesome!

Haute Dogs: Recipes for Delicious Hot Dogs, Buns, and Condiments by blogger Russell Van Kraayenburg is a natural extension of his impressive, award-nominated blogs: Chasing Delicious and The Boys Club.

This book is chock full of interesting information, lush photographs, and unique food combinations. It is certainly not your ordinary cookbook about your ordinary food topic, my friends. Oh, no. Russell first gives us the history of this all-time favorite. Then he delves into the basics, including details about ingredients, cooking methods, and assembly.

Then--for the best part of all--he goes on to give us tons and tons of twists on the dog, from traditional to modern and everything in between. Yes, he even includes recipes for making your own homemade hot dogs, wieners, frankfurters, and sausages. And yes, he also includes recipes for homemade buns, condiments, sauces, and toppings. What more could you ask for?


Just in time for BBQ season, I strongly urge you to check out this book for yourself, either by pre-ordering it as a paperback or Kindle version (Quirk Books published it) or by getting it from your library. Your hot dogs will never be the same!
Posted by Maria Isabella at 6:19 AM No comments: