I know Thanksgiving is only a few days away. So, of course, I'm not going to suggest you make anything other than what you were planning to make. Which is probably roasted turkey, mashed potatoes, stuffing, gravy, cranberry sauce, some greens, and (without a doubt) pumpkin pie.

But may I suggest a really unusual but nothing-less-than-mouthwatering appetizer to start things off?

It's Nolan Konkoski's Bacon, Brie, & Peach Toasts from my book. To die for. Really. 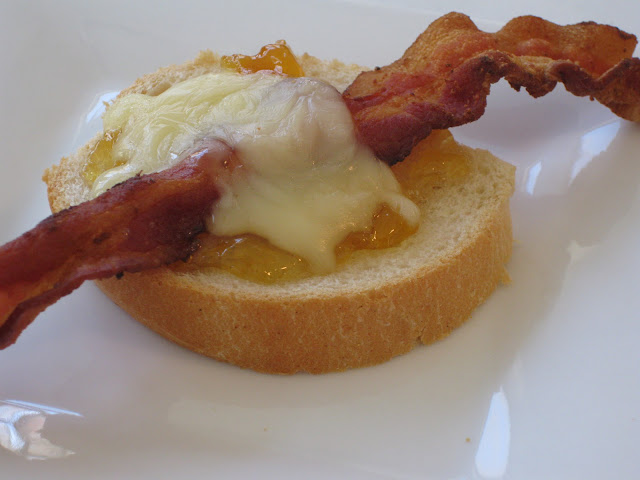 It's simple to prepare (i.e., you can make it in a jiffy, right before your guests arrive, without even breaking a sweat). It's complex in nature (i.e., salty, sweet, crunchy, and creamy -- all in one bite). And it's impressive to serve (i.e., you'll wow everyone, including Aunt Martha!).

So, here you go, folks. Enjoy! And Happy Thanksgiving.

Posted by Maria Isabella at 4:58 AM