How it All Began

It was the fall of 2008. My daughter, Monica, was interviewing at med schools. One interview took her to upstate New York. So we flew to New York City, rented a car, picked up my oldest daughter, Nina (who lives in Queens), and we all drove up to the school together.

Nina and I dropped off Monica for the day (those interviews are brutal, let me tell you) and decided to visit a small hamlet of a town nearby to kill some time. We wandered into a quaint little coffee shop for a bite to eat. As we were sitting in the most comfortable overstuffed armchairs ever, we started talking about our life's dreams and ambitions. Hers was to start her own interior design and styling firm (which she has done since then, thanks for asking). And mine was to write a cookbook. But not just any cookbook. A cookbook that featured the best chefs Cleveland has to offer (which are many).

Nina kept prodding me as to my vision. We bounced ideas off each other. We fine-tuned the concept. We changed directions. We added more details. We took some out. And after about a couple of hours, I left that coffee shop with the seed of a great concept. 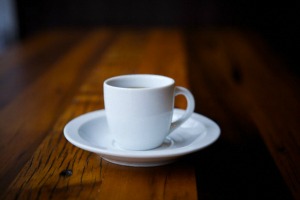 After I got back home, I sat down to research and write my proposal. (And that wasn't easy, let me tell you.) Mine ended up being pretty long. But it was thorough and it was complete. And I sent it out.

Low and behold, months later, I came home to an enthusiastic voice message from Joyce Harrison, the acquisitions editor at Kent State University Press, who said she was VERY interested in talking. I was in heaven.

We signed the final contract in August 2010, and it took almost two years more to interview the chefs, gather their recipes, triple test all the recipes, schedule the photo shoots, take the photos, write the text, copy edit it, make tons upon tons of corrections, design it, and proof it tons more times. On June 1, 2012, it was finally and gloriously shipped to the printer -- where it's getting ready to be boxed up as we speak. 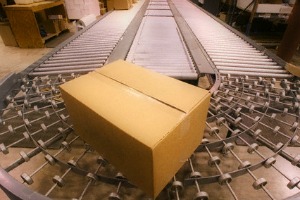 So there you have it, folks. My long journey -- condensed to a few paragraphs. I just thought you might find it a bit interesting. (As a postscript, Monica did get into med school. The prestigious Cleveland Clinic Lerner College of Medicine, to be exact. She's in her fourth year now, and she's doing really wonderful.)

For those who crave more details, they will follow, I promise you. Until then...

Email ThisBlogThis!Share to TwitterShare to FacebookShare to Pinterest
Labels: began, Book, cookbook, In the Kitchen with Cleveland's Favorite Chefs

You are a true inspiration and am so happy you followed your dreams. And the rest of us can't wait to benefit from that and eat really, really well :)

Yaay! I am so excited... I can't wait to get a copy of the book. My few short trips to Cleveland taught me that the city has a lot of hidden secrets, food being one of them. It is also encouraging that small chats over coffee really can lay the foundation for success. Congrats Maria... I am looking forward to more posts and a few Isabella cooking secrets!

You're so kind, Tom! Hope you get a chance to come back and visit us again sometime. Our home is ALWAYS open to you and your brothers!