1) Thursday, August 14, 2014 -- The world premiere of the locally produced culinary film entitled The Steel Fired Story of Chef Nowak will be screening at the Capitol Theatre on West 65th Street at both 7pm and 8pm.

The film shares a “day-in-the-life experience” of an emerging chef and his growing family. It's a touching behind-the-scenes story of a talented chef and dedicated family man.


Official trailer of "The Steel Fired Story of Chef Nowak"

Tickets for this film are free but are limited to 90 people per show. (It is recommended that you call first.)

“I am thrilled and humbled to be a part of this documentary,” says Chef Nowak. “It honestly portrays the challenging days all chefs and what their families must endure for the success of the restaurant.”

2) Sunday, August 17, 2014 (9 pm ET) -- The Great Food Truck Race is back for a fifth season with a brand-new cast of food truck hopefuls, including Cleveland's very own "Let There Be Bacon" team, helmed by Matt Heyman, Dylan Doss and Jon Ashton! 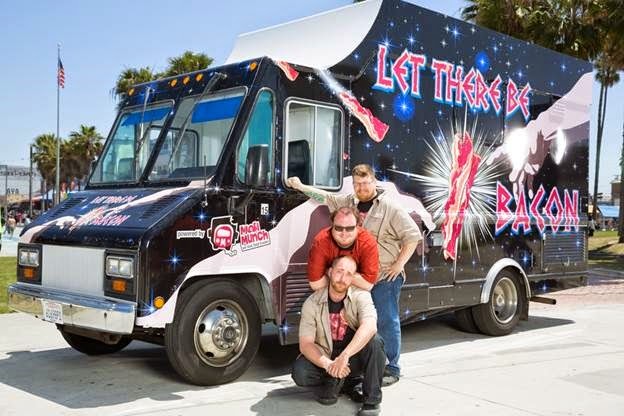 Chefs Matt Heyman, Dylan Doss and Jon Ashton always wanted to open their own restaurant, but Matt was diagnosed with cancer two years ago and the treatment left him unable to handle the rigors of daily restaurant life full-time. Now cancer-free, Matt is back in the kitchen with Dylan and Jon on the road to achieve their culinary dreams. Their menu is devoted to one of the major food groups in Northeast Ohio: bacon. These guys are funny, fearless, and ready to bring their bacon skills to streets across the country.

Each three-person team in the show is provided a vehicle for the race, but only the grand-prize winner gets to keep their food truck and a $50,000 cash prize to start their business. Hosted by Tyler Florence, the seven-episode series premieres on Sunday, August 17th at 9pm ET.

Be sure to watch and support our local team. In the meantime, here's one of their signature recipes, just for you! Hope you like it!

Directions:
Posted by Maria Isabella at 12:21 AM